Our Dedication to Quality

Every morning we have buyers in Gloucester and Boston selecting the best available seafood for our customers. Our experience and reputation in the industry is well known and we are proud to say we will continue to earn that respect every day by focusing on quality and service. We are fortunate to have a staff of employees that care about their jobs and care about their customers. Many of our staff have been with us over 20 years and they know their seafood so you can be assured you are getting the best product and knowledge available.

Massachusetts Family Business of the Year 2012

Wellesley Chamber of Commerce Retailer of the Year 2004

Captain Marden’s was started in 1945 by Master Mariner Captain Roy Marden. His sons, Edgar and Keith joined Roy and his wife, Winnie to run the West Newton retail store.

In 1960 Keith opened a second location on Forest Street in Wellesley.

Ten years later the Forest Street store was moved to a historic building on Linden Street.

In 1975 the family purchased the building which was once a railroad station and soon expanded into the entire space.

In 1986 The Captain’s TakeAway was opened adjacent to the fish market in the renovated building and what once started as a takeout counter now includes dinner and Sunday brunch. The restaurant was expanded several times to offer more seating to the growing business. Keith Sr. is still active in the retail business along with his daughter, Nancy and grandchildren.

By 2001 the wholesale division operating out of the Wellesley store had outgrown the space and was moved to Westwood. Keith’s son, Kim and nephew, Richard continue to oversee the wholesale and prepared foods division in Westwood.

The building in Westwood was purchased in 2009 and the space was expanded again to accommodate the wholesale business.

In 2012, The Cod Squad, a mobile food truck was put on the road serving Boston and the suburbs with the same fine seafood found in our retail store and restaurant.

Of course cookbooks, magazines, and cooking shows are all good resources for new recipes, but in our family, we’ve always found that our all time favorites are recipes that have been passed along to us by relatives, neighbors, friends, and customers. With that in mind, we’ve created the Captain’s Recipe Swap Shop.

If you take your work seriously, enjoy learning from those around you and would like to be part of a strong and steady crew, Captain Marden’s may be the right place for you. 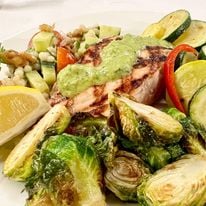 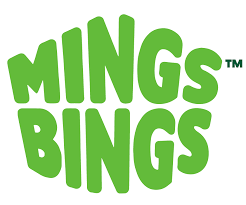